Your Guide to the New Franklin Gateway 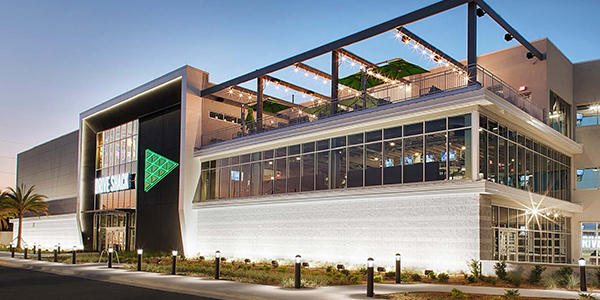 IT WASN’T LONG ago that the mention of the Franklin Gateway corridor in Marietta became synonymous with crime, drugs, and one of the least desirable areas of Marietta.  The surrounding community suffered from decades of neglect and lack of private investment to the point that the City of Marietta realized this area was going to need some extra help to bring it back from a downward spiral.

Fast forward to 2018 and the Franklin Gateway corridor is being hailed as the crown jewel of redevelopment efforts for Cobb County.  The city of Marietta has purchased and razed 98 acres of former class C apartments.  Here’s a map of current activity in the area and why many feel like Franklin Gateway could continue its trend of new development and revitalization. 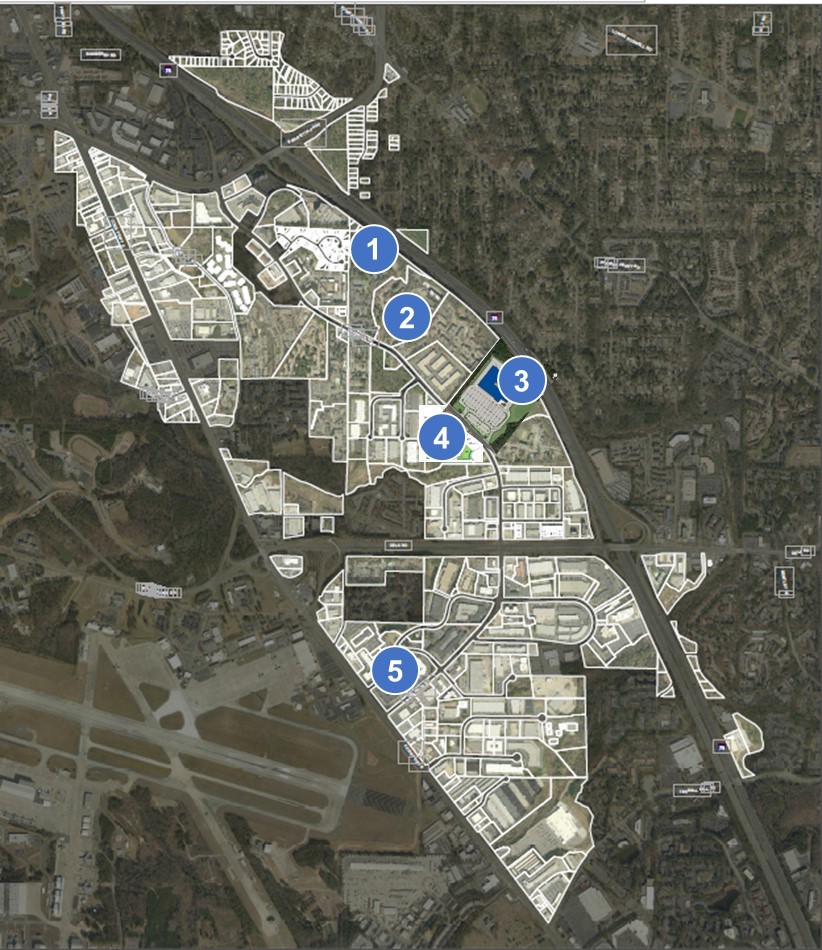 2. ATLANTA UNITED  |   Atlanta’s professional soccer team purchased a 33 acre site from the city of Marietta in 2016 and completed the facility in Spring of 2017.  The training ground is a $60 million state of the art facility with a 30,000 square foot headquarter building and six full size fields, including three natural grass and three artificial turf surfaces. 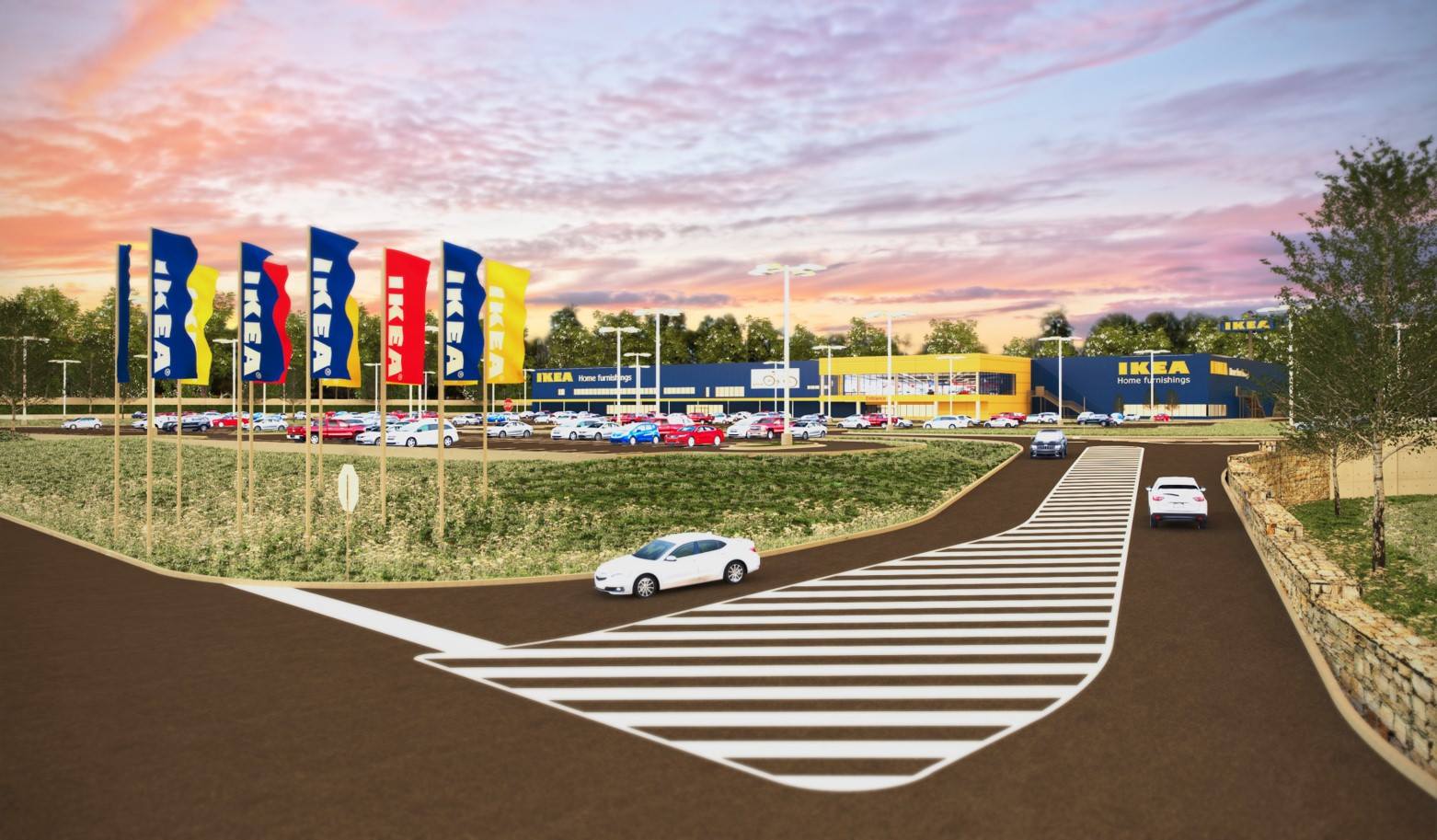 3. IKEA  |  The iconic Swedish company is looking to open its second location in the metro Atlanta area after seeing 10 years of success at its midtown location.  The company is purchasing 28 acres of city owned property and an additional 6 acres from a private seller.  The store is expected to hire 250 to 300 full time workers. 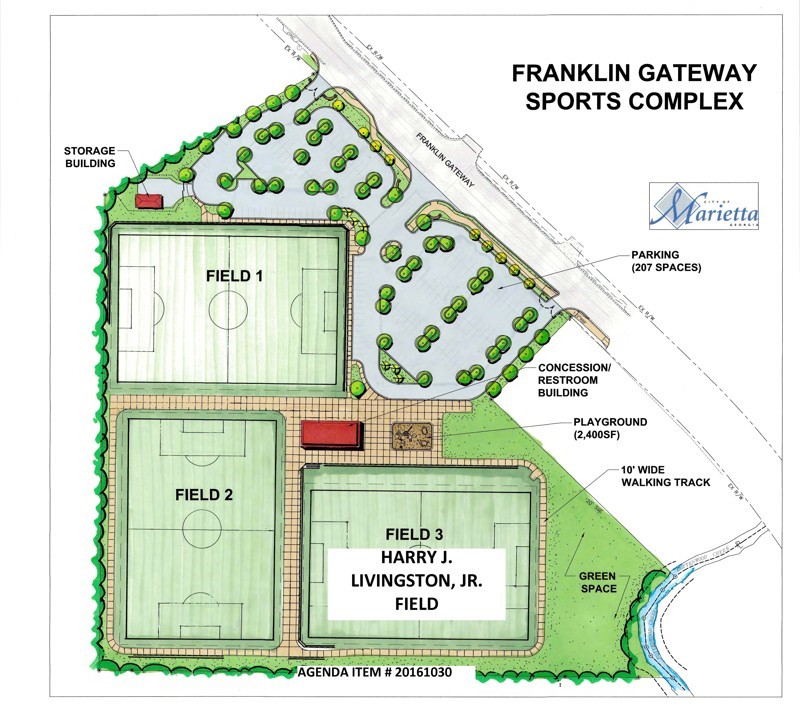 4. FRANKLIN GATEWAY SPORTS COMPLEX  |  opened in August of 2017.  It boasts three full size, lighted, multi-purpose soccer fields with artificial turf.  The facility comes with an $11 million investment on behalf of the city of Marietta and complements the Atlanta United Training Facility that sits almost directly across Franklin Gateway from this property.

5. THE HOME DEPOT  |  leased over 200,000 square feet of office space on Franklin Gateway to create their Technology Headquarters with initial plans to house over 1500 employees. Home Depot has started investing heavily in their technology division over the past few years to ensure they remain competitive in the fast-evolving world of retail. 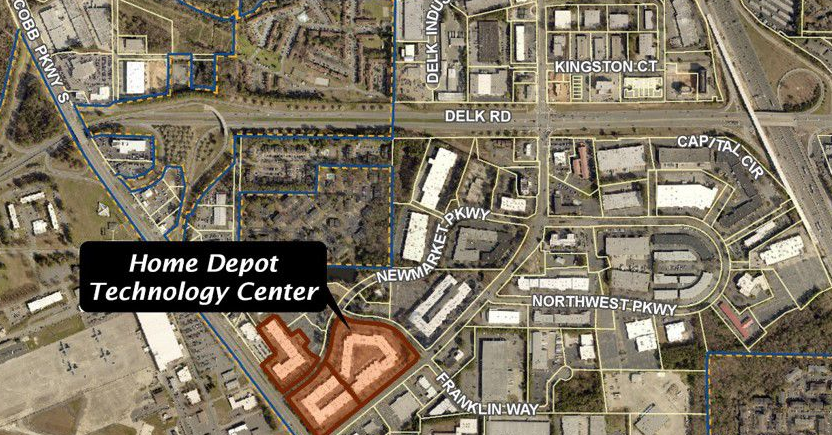