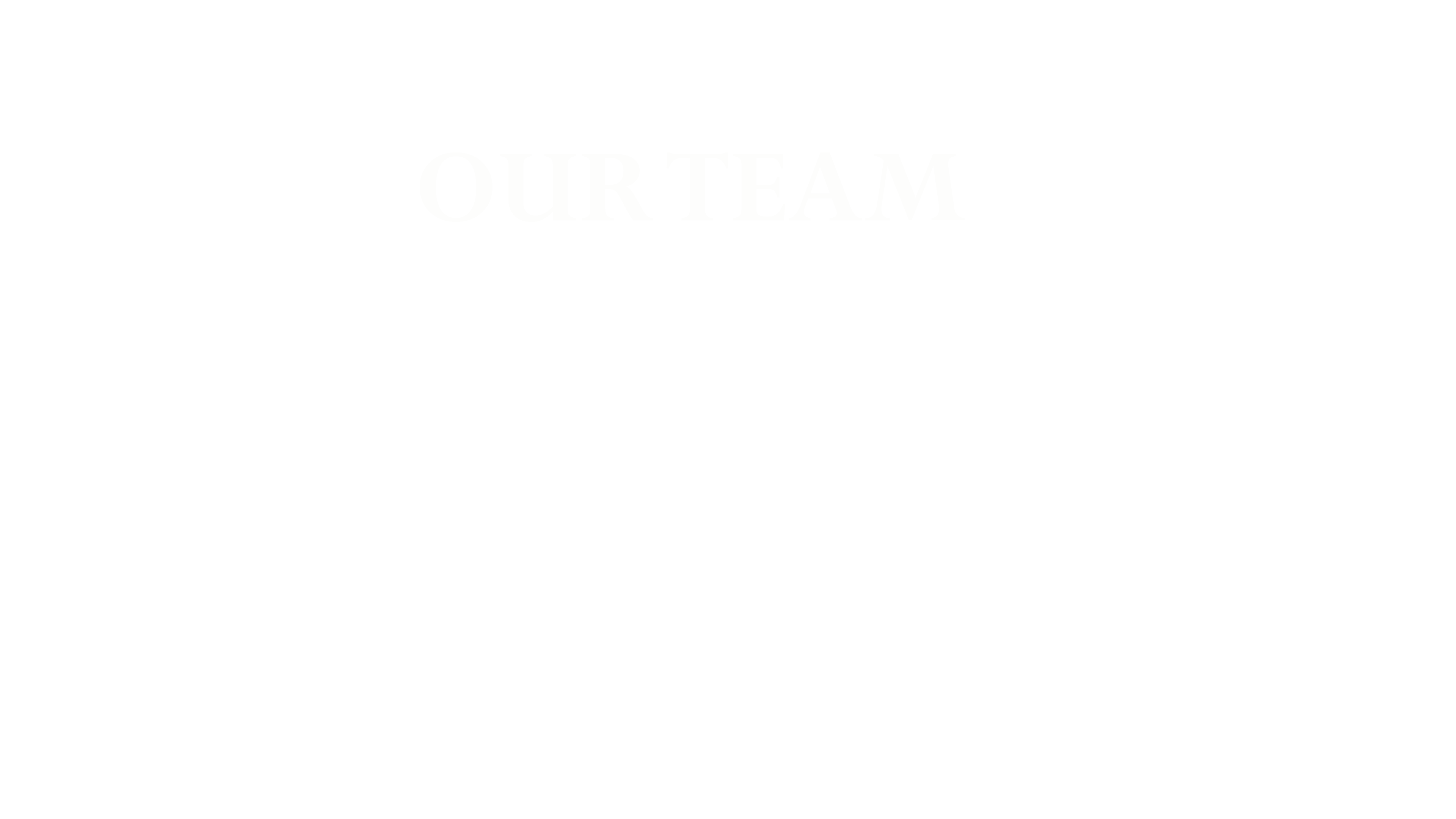 We strive to create more value than any other commercial real estate company in the country.

We are a boutique real estate company.  Nevertheless, we have the same resources as our multi-billion-dollar competitors. You will be confident in our Partnership and our services to you; our overhead is significantly lower, we consistently invest in additional resources, as well as continuous education of our staff.

Each member of our team has specific strengths amplified by our proprietary platform. Many brokerage firms have large numbers of agents competing against each another. We believe that while this gives a “bigger is better” front, it causes a breakdown in communication and creates internal conflict of interest. 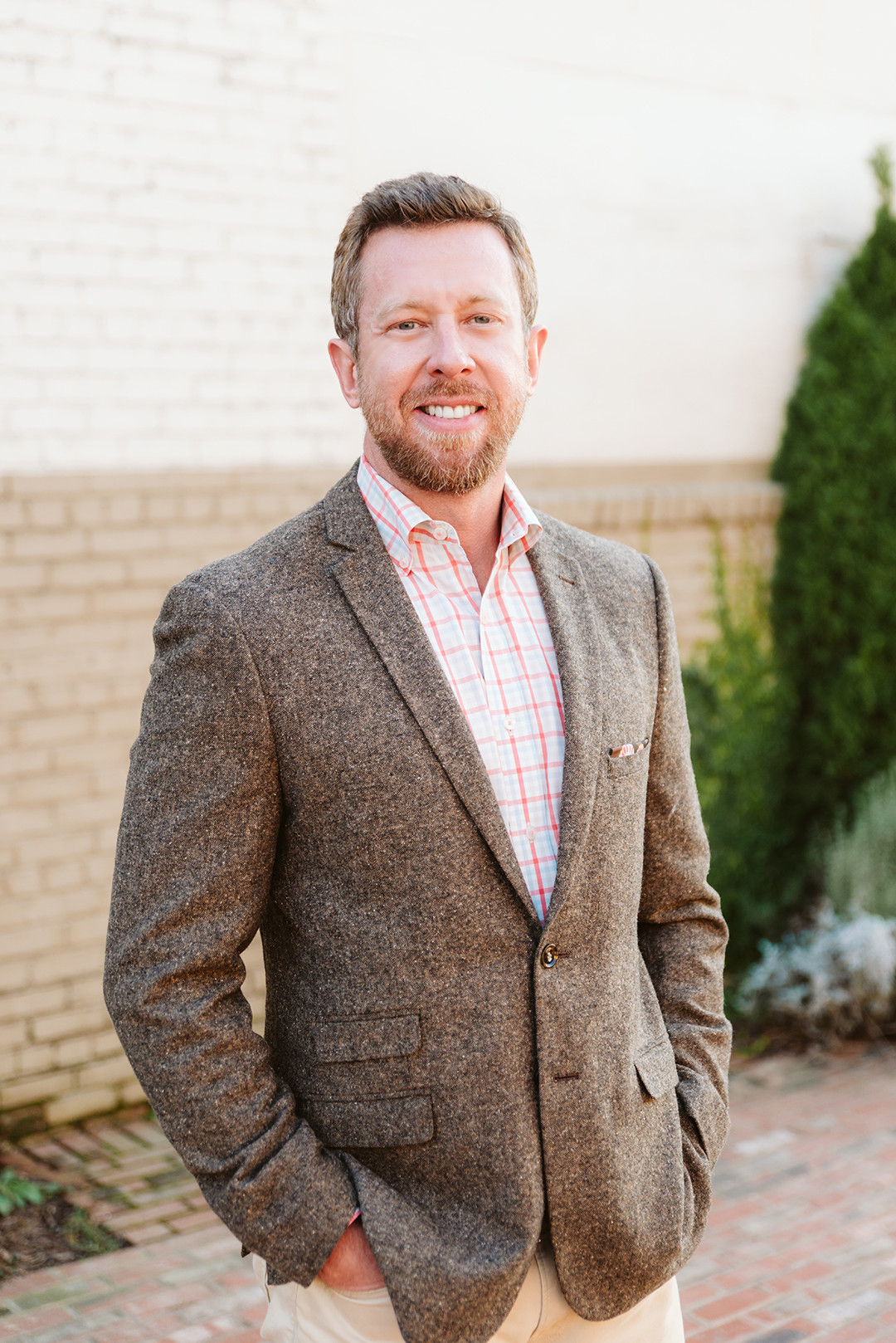 Kacey graduated from Georgia Southern University with a BBA Marketing degree. He resigned his commission with the U.S. Army National Guard, 3rd Infantry Division as a Captain, Military Intelligence in 2017. His military service included a deployment with the 48th Infantry Brigade Combat Team in Kabul, Afghanistan.

Kacey and wife, Hillery, have two children: Charlotte, 9 years old, and Barrett, 8 years old. They are native Atlantans and enjoy living in historic Forest Hills near Marietta Square. Together they operate an event venue, The Foxglove, and a floral studio, 131 Le Fleur, just off Marietta Square.

Kacey’s #1 passion is his family and was the basis for the founding of a non-profit KC’s Kids with his partner, Chris Campbell. The purpose is to focus attention on developing Cecil & Campbell Advisors’ sixteen (16) children into great and considerate leaders, with a mission of working together to help other children in need. 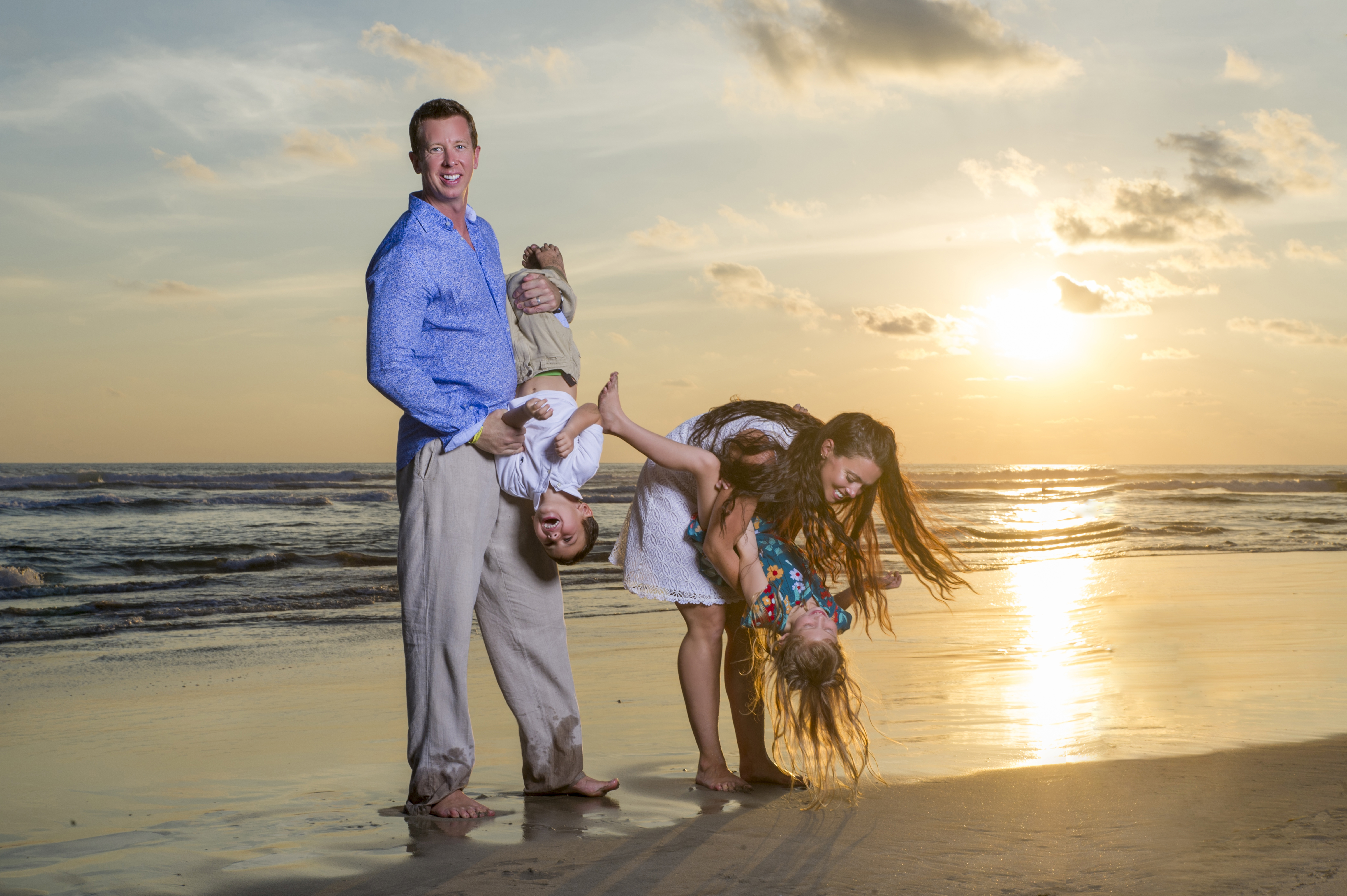 Since the beginning of his commercial real estate ca­reer, Chris has focused on representing tenants and investors in the leasing and sales of office, medical and industrial properties. His strong work ethic has put him in the Atlanta Commercial Board Million Dollar Club every year he has been in the business.

His foundation for a superior client experience began while working for 2 of Atlanta’s top wealth management firms, Homrich Berg & GenSpring Family Offices. Here, he partnered with some of Atlanta’s wealthiest families as well as leading accountants, attorneys, bankers, and insurance groups. During this time, Chris gained great analytical skills and became a CERTIFIED FINANCIAL PLANNER™.

Chris and his wife, Tiffany, live just off Marietta Square with their three sons Collier, Fitz, and Shep. As active members in their community, Chris and his wife are both members of Cobb Landmarks and Historical Society, and Chris serves as a representative on the Marietta Historic Preservation Commission. They also attend and serve at City Church Marietta. 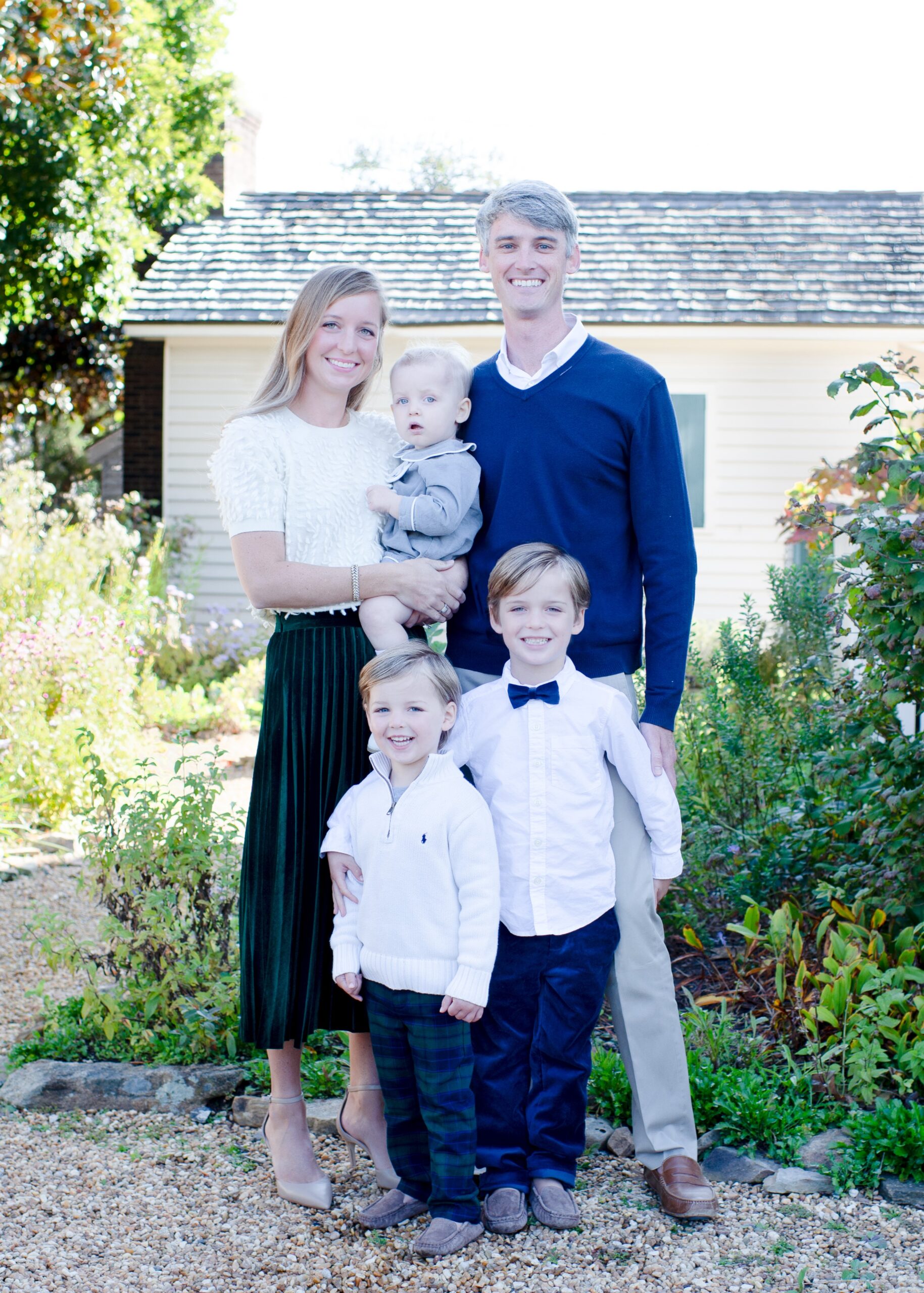 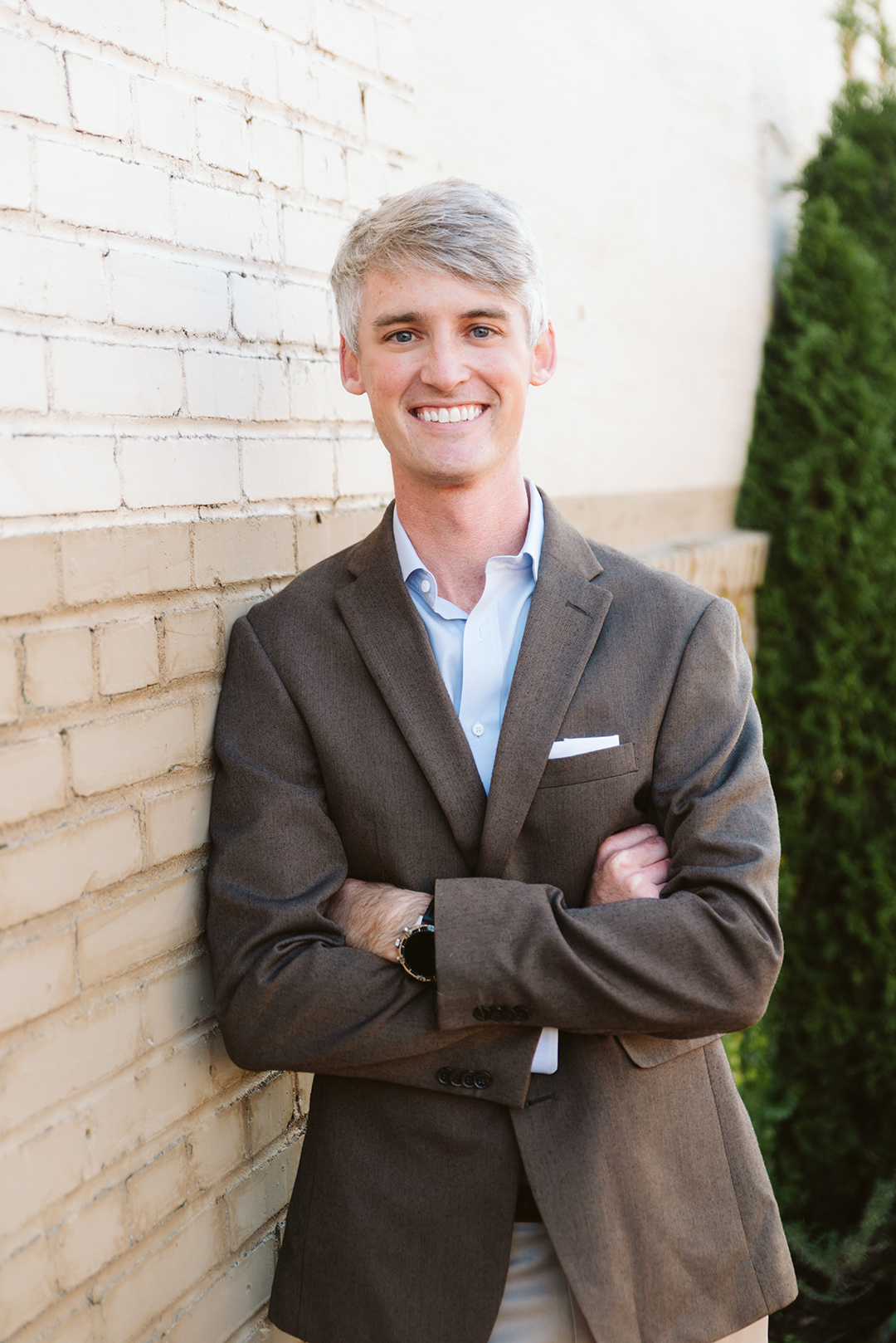 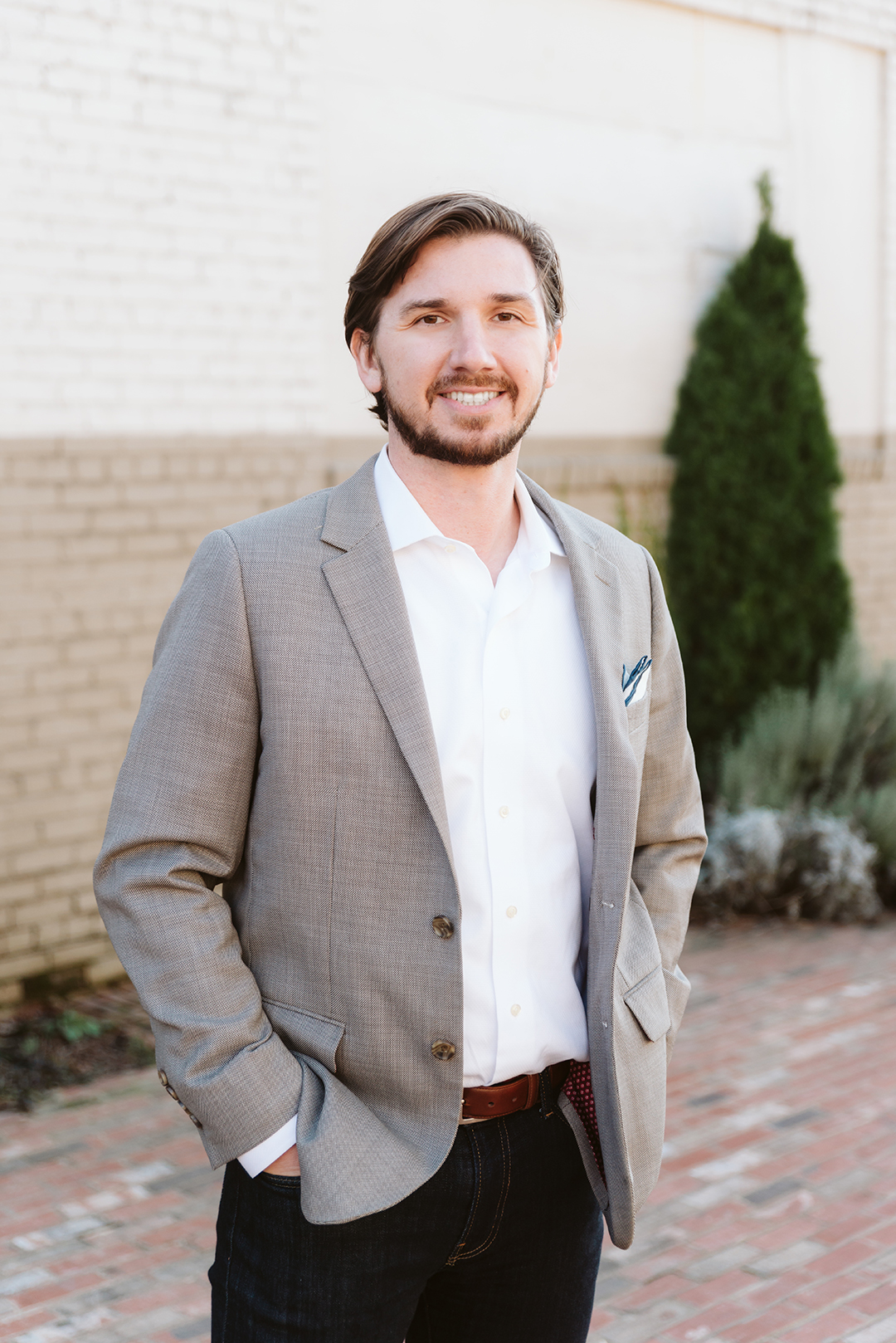 Jared began his commercial real estate career in 2013. With an initial focus in purchasing bank owned land and lot assets, Jared quickly began to master the investment process and build relationships in every aspect of an investment transaction. Within the first 3 years of his real estate career, Jared was involved in the acquisition, management and disposition of over 500 residential lots and 2,000 acres of raw land with a total disposition value upwards of $40 million dollars. In 2017, Jared began transitioning to office and industrial investments by partnering with industry veterans, Kacey Cecil and Chris Campbell, at then newly formed, Cecil & Campbell Advisors. Jared provides deep expertise in financial underwriting and prides himself on maintaining a focus on deals that are fundamentally sound with balanced risk and a relentless priority of always preserving and growing investor capital.

Prior to commercial real estate, Jared spent 8 years as a business consultant for one of the largest global consulting and outsourcing companies in the world, where his fiscal and operational strategies provided his clients over $50 million in annual savings. Throughout Jared’s career, he has insisted on being approachable and delivering results, ensuring that relationships are always at the forefront of every transaction.

currently has two primary focus areas as the resident Investment guy of Cecil & Campbell. The first being brokerage services for both acquisitions and dispositions of investment properties and the second serving as a principal of the Cecil & Campbell investment firm.

Jared received a BS in Finance and Information Technology Management from the Georgia Institute of Technology. He currently resides in Sandy Springs with his wife, Nan, their two sons and daughter. Outside of real estate, Jared is passionate about serving his wife, family and the local church. Jared and Nan are active members of Buckhead Church where they find it a privilege to attend and serve when they’re not busy raising three young children whose energy never seems to end. 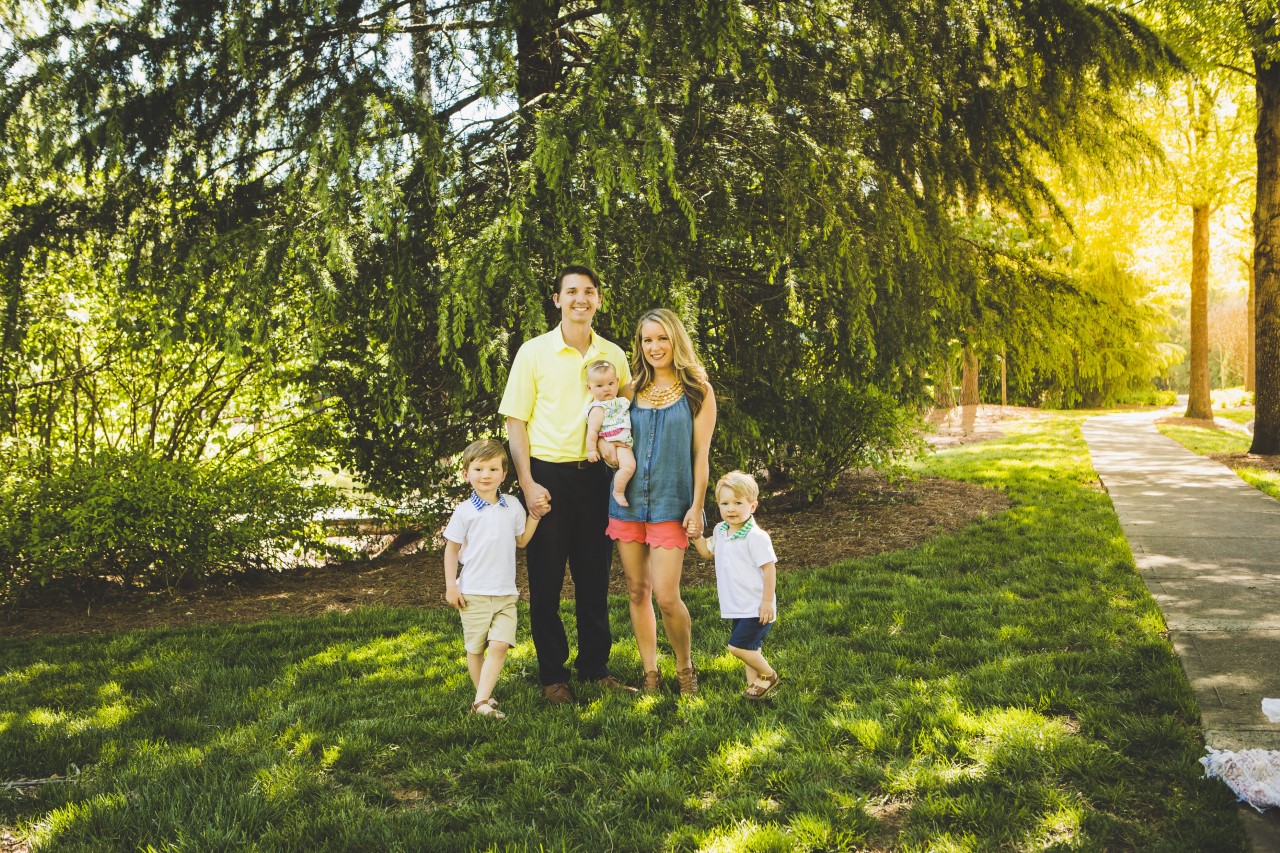 Bob is the Principal of Tipps Realty Services, LLC, a commercial real estate brokerage firm he started in 2001.  He began his real estate career in the greater Atlanta area in 1973 after relocating from Houston, TX, and for the first 14 years specialized primarily in managing properties owned by large corporate entities such as Prudential Insurance Company of America, B. F. Saul, Inc., and Citicorp.

In 1981 Bob changed his focus from managing commercial properties to marketing and leasing them.  His first job in this arena was that of Marketing/Leasing Director for the 126-year old real estate/banking firm of B. F. Saul, Inc.  At that time this company was just beginning the development of the 687,000 square foot office park known as Circle 75 located in the Cumberland/Galleria area.  In addition to leasing Circle 75 he also supervised leasing efforts and coordinated the marketing activities of B.F. Saul properties in New Orleans, LA and Louisville, KY until 1987.

Bob furthered his experience in leasing by taking on the position of Vice President of Marketing and Leasing with the Newleaf Corporation from 1987 through 1990.  There he worked on the difficult task of leasing distressed bank owned properties in such major markets as Kansas City, MO., Cincinnati, OH, and Orlando, FL, in addition to his duties in Atlanta.

It was in 1991 that Bob joined AFCO Realty, Inc. and had his first exposure to representing tenants as opposed to exclusively representing landlords.  He remained with AFCO for the next ten years and became Senior Vice President for that firm before starting his own brokerage company in 2001.

Bob is a long-time member of the Atlanta Board of Realtors and was a Phoenix award winner in 2002.  He has worked diligently over the years on a volunteer basis to raise money for such worthy causes as the American Cancer Society, Juvenile Diabetes Foundation, and various other charities.  He is a 1966 graduate of Oklahoma City University, a former officer in the U.S. Army Reserves, and he and his wife, Linda (who is also his business partner), currently reside in Woodstock.  Bob spends his leisure time playing tennis, shooting skeet and sporting clay, and maintaining his 5½ acre wooded homesite in Cherokee County. 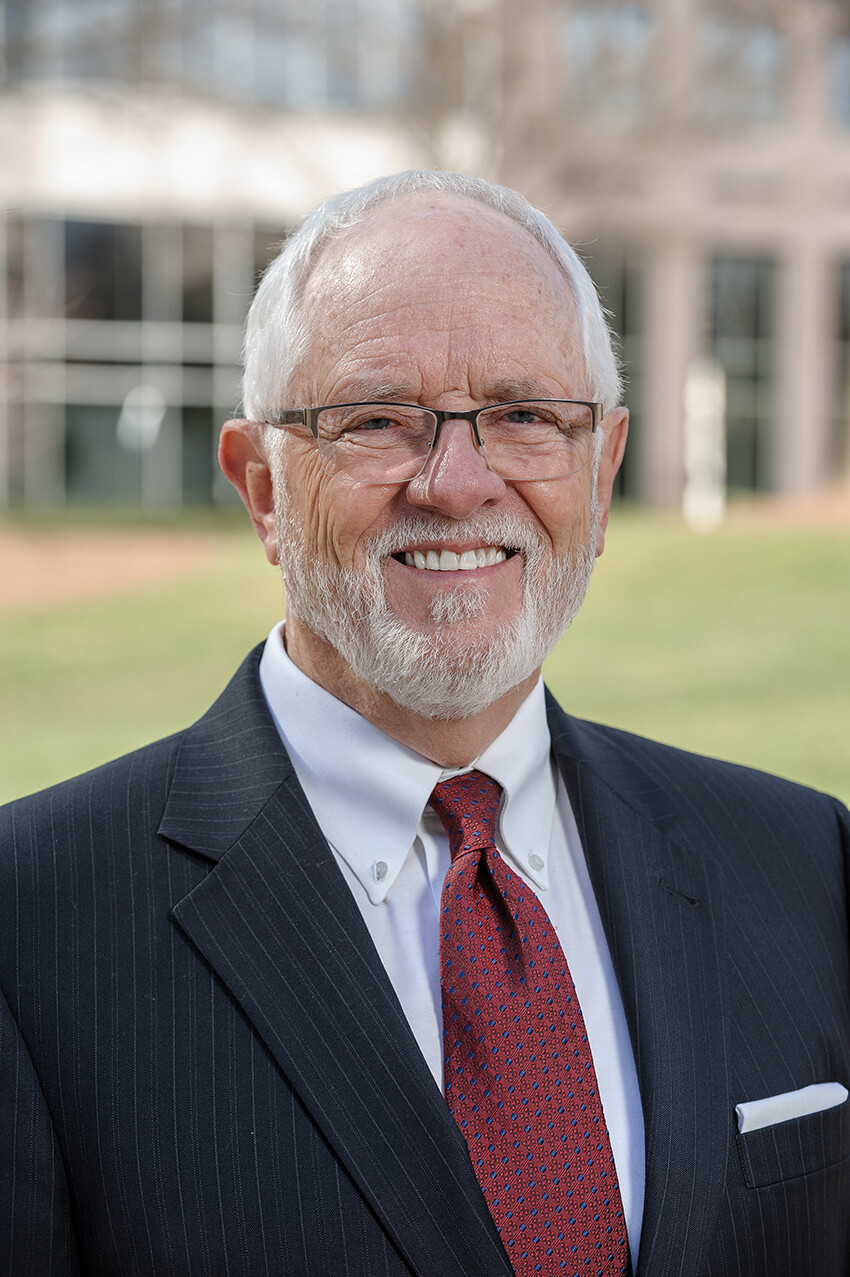 Recently Bob was offered the opportunity to serve as broker of record for the newly formed up-and-coming brokerage firm of Cecil & Campbell Advisors, LLC.  Bob has said that what is especially gratifying about this opportunity is that he initially helped train Kacey Cecil when he was a newly hired agent at AFCO Realty in 2005, and he’s pleased to see how successful Kacey and his partner, Chris Campbell, have become.

Matt began his real estate career working in the hospitality industry with Hodges Ward Elliott, the largest privately held hotel brokerage in the country. During this time, he worked directly with senior agents on market analysis and research in core markets across the country.

Transitioning his real estate career into the residential sector, Matt represented families, individuals, and investors in identifying and procuring real estate investments across the Metro Atlanta area. His experience working on the residential side of real estate allowed him to advance his abilities in building genuine and sustainable relationships with clients that go the extra mile.

Matt joined Cecil & Campbell in 2018 where he brings his focus and passion to tenant advisory services and commercial real estate investment in an atmosphere centered on integrity, quality and prioritizing the clients’ best interests at all times.

Matt lives off the Historic Marietta Square with his two children, Oliver and Anna Jayne. In his downtime, he enjoys taking advantage of all that his local city has to offer – from hiking Kennesaw Mountain to taking his kids up to the square for ice cream. 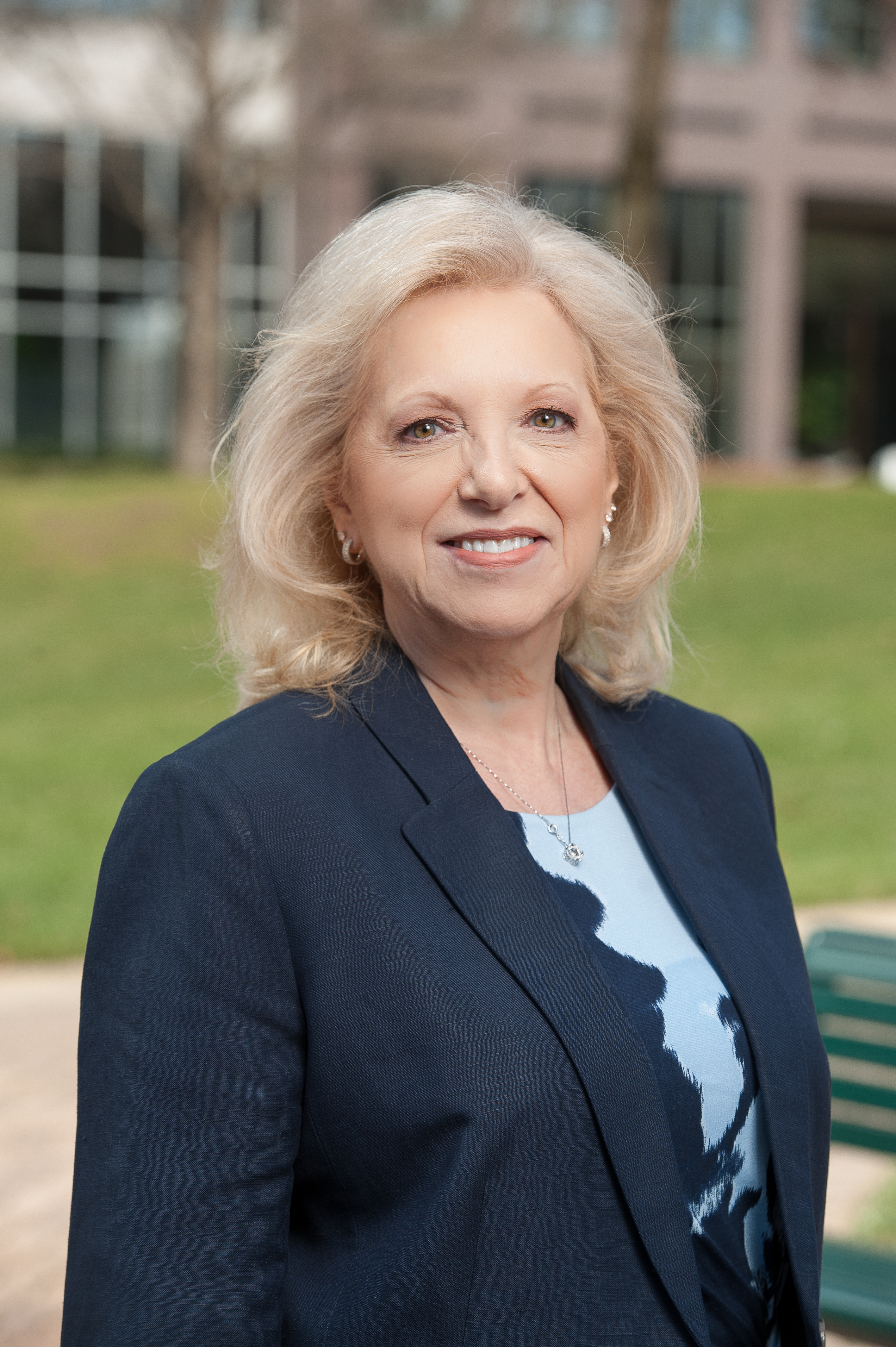 Katie joined Cecil & Campbell in 2018 and serves to advise and direct all of the company’s marketing efforts. Katie began her commercial real estate career in 2009, joining the development team at Retail Planning Corporation. Moving to the marketing department in 2012, Katie recently worked as a Marketing Coordinator for Avison Young – Atlanta in the office properties team.

In 2018, Katie started her own marketing consulting company and joined with Cecil & Campbell to help establish and run the company’s marketing efforts.

A Marietta native, Katie lives near the Marietta Square with her husband, Alec and their three kids: Ryan, Edith & Ingrid. 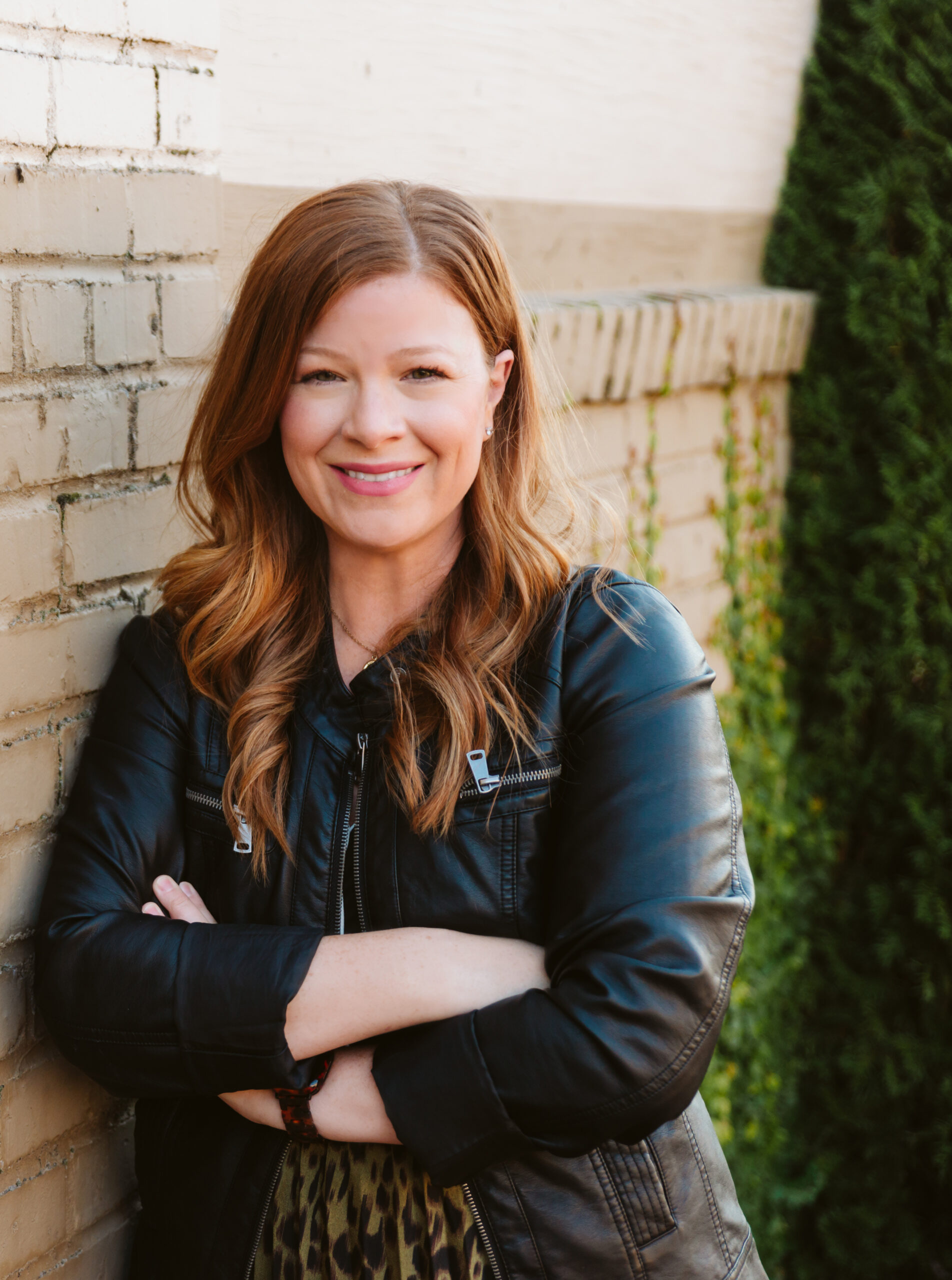